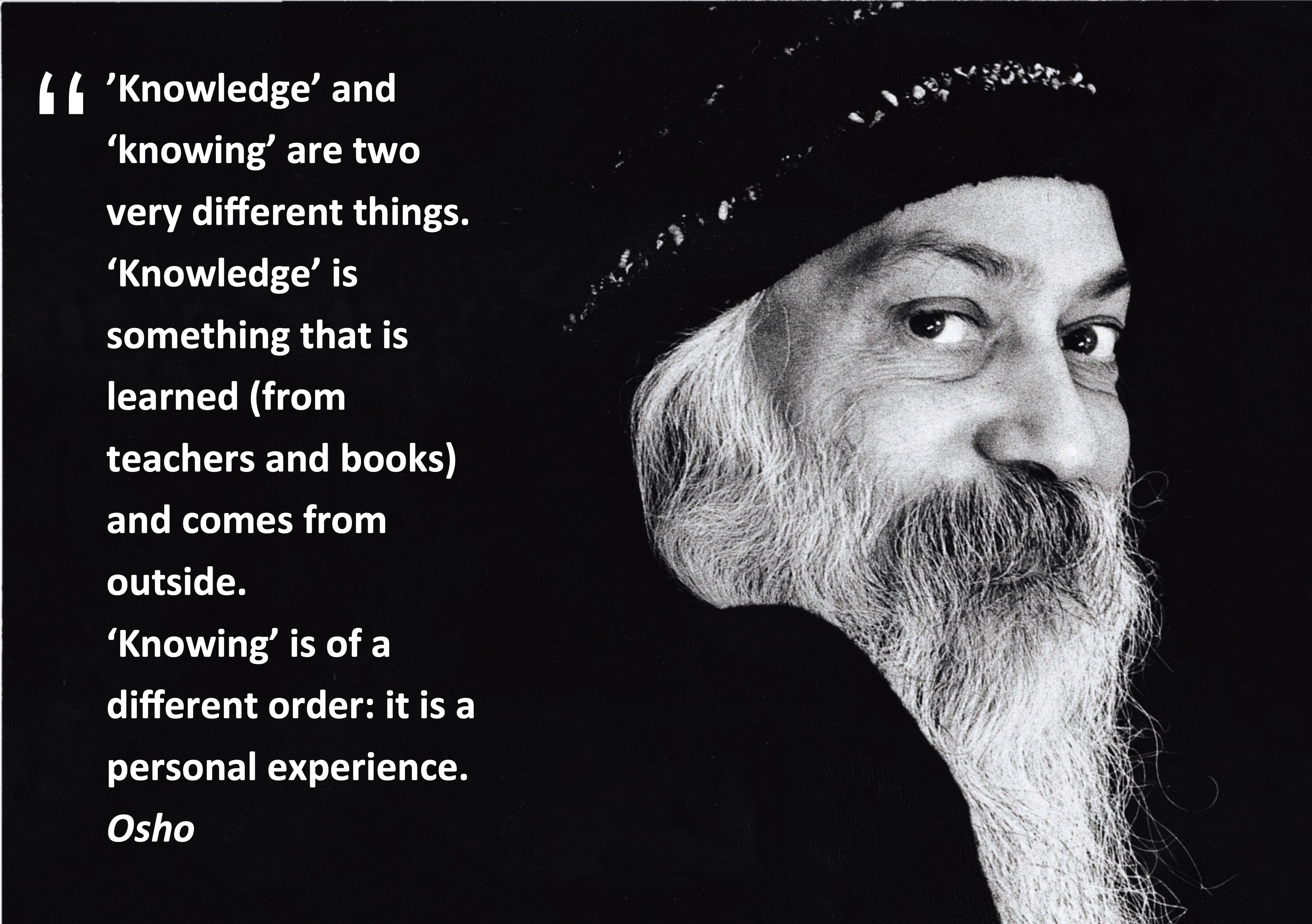 Osho: Zorba the Buddha
For many, he’s better known as Bhagwan or Bhagwan Shree Rajneesh. The name Osho was given to him by his disciples (‘sannyasins’) in the last few years of a life dedicated to transforming the lives of millions of people around the world. As a spiritual teacher, mystic and enlightened master he created unique and highly effective meditation techniques for ‘the modern man’. His ‘discourses’ – spontaneous talks on the widest variety of spiritual and secular topics, interspersed with questions from his disciples and punctuated by the hilarity of the many jokes he told – have been transcribed into more than 600 books, available in more than 55 languages.

Osho is without doubt the most controversial guru (master) ever. True, modern communications have ensured unprecedented access to him and his teachings, which other masters did not have.
Although he died (‘left his body’) in 1990, it was his express wish that the present tense be used when talking about him. In his purest essence, he is without any doubt still present and accessible to seekers on their spiritual path.
He sees in everybody a potential Buddha – a seed that can grow into a fertile tree that can discover and express its own divine nature – who is capable of achieving the ultimate state of enlightenment.
He is fully aware that conflicts – both internal as well as in the outside world – result from limiting thoughts, limiting beliefs and social conditioning. This state of conflict results in turn in prisoners who live a stressful, destructive and depressive life.
In order to sooth the restless Mind and calm the incessant flow of thoughts, Osho developed dozens of different therapy forms and active meditations, designed to help experience, then release, all restricting and cropped-up emotions such as anger, frustration, disappointment, fear, pain, sorrow, longing and powerlessness. Working through and transcending these layers of emotions, it is then possible to relax into the underlying calm that each and everyone carries deep within himself.

All Osho’s meditations revolve around being the witness, dissociated in every way from all thoughts, feelings and emotions.

“Most people [these days] can’t just sit down and meditate. They’d go crazy from all the noise [and activity] they’d discover inside.”
Osho

His aim is focused on creating ‘the New Man’, a Zorba the Buddha, an individual who can live this physical life to the full as well as using meditation to develop his capacity to transcend the duality of his Mind. Osho’s New Man is both materially and spiritually endowed.

Throughout the world, Osho is known for his cutting-edge discourses in which he combines humour, wisdom and sparkling clarity to sweep away the cobwebs from ancient Buddhist traditions and provide vital insights into a wide variety of themes involving politics, religion and love.

In The Book of Wisdom (Volumes 1 and 2) 28 discourses lasting some 46½ hours cover in detail Atisha’s The Seven Points of Mind Training. The science and methodology of Atisha’s otherwise cryptic summaries are explained and enlivened with a freshness and spontaneity that is extremely rare in modern spiritual literature.

During his life, Osho was criticised, reviled, persecuted and ultimately poisoned. Even today, he and his visionary work are largely ignored by the mainstream. He was a sort of postman who delivered a dangerous package and who had to be crucified for that act. Yet that ‘package’ of truth, unwelcome to the powers that be, is one of eternal value, providing the knowledge and tools for seekers to free themselves forever from the self-imposed prison of the Mind and social conditioning.

Even today, Osho’s teachings continue to attract many thousands of people looking for meaning in their lives, joy, love and truth… on their path to pure freedom.

In 1990 Osho closed his eyes for the last time and merged with universal consciousness. A stone placed near his ashes carries the words: “OSHO – Never born, never died. Only visited this planet.”

His sojourn on Earth touched my heart and the hearts of many millions… and continues to do so. He has bequeathed humanity something of inestimable value: a powerful combination of therapy, spirituality and meditation.